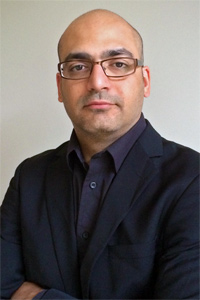 Sadeq has delivered lectures at the post-graduate level at the Universities of Bern, Neuchâtel, Zurich and St.Gallen and presented papers in a number of international conferences such as the American Society of International Law and the Society of International Economic Law as well as international organizations such as the World Trade Organization and the United Nations Environment Programme. He has been an observer of the Committee of International Law on Biotechnology of the International Law Association. In 2007-8, Sadeq was a senior fellow at the World trade Institute where he was co-leader of a significant research project funded by the Swiss National Science Foundation, which focused on energy and climate change from the perspective of WTO law and policy. In that capacity he co-edited a volume on International Trade Regulation and the Mitigation of Climate published by Cambridge University Press (2009) to which he also contributed a chapter. Sadeq’s publications in the field of climate change and WTO law of subsidies are widely cited by prominent scholars in the field. Sadeq is experienced in holding training sessions on trade regulation for government officials and businesses communities from both developed and developing countries. He also has more than three year of professional experience in legal practice in the Middle East on international business matters including contracts, foreign direct investment and energy.

Sadeq teaches Jurisprudence and Public International Law in the undergraduate programme and International Trade Regulation at the postgraduate level.