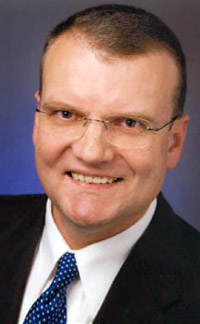 Professor Michael Hahn is a professor of European law at the University of Lausanne (Switzerland) and the Director of the Lausanne LLM on International and European Economic and Commercial law since 2008. He is an honorary professor at Te Piringa - Faculty of Law where he was a full professor from 2005-2008 and on the faculty of the Europa-Institut in Saarbrucken, Germany. He has recently been or is about to be visiting faculty in Bonn, Paris V, the World Trade Institute and Zurich.

Michael obtained his legal education in Germany (Ph.D., Heidelberg) and the United States (LL.M., Michigan). He has taught in Germany, New Zealand, the US and Australia, mostly on European Union Law and International (Economic) Law, as well as German and New Zealand Constitutional Law. He is on the Editorial and Advisory Board of several Journals, including the Zeitschrift für Europarechtliche Studien (Germany) and the New Zealand Yearbook of International Law. At present he works on several contributions (in German and French) on the European Union’s post-Lisbon Common Commercial Policy, WTO Subsidies law, the UNESCO Convention on Cultural Diversity, prepares a book on WTO law and has accepted to join a EU standard textbook with a chapter on the EU’s Economic and Monetary Union.