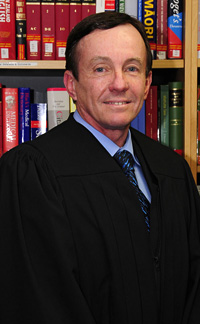 Judge Peter Spiller commenced his career as a law teacher in 1977. He joined the Waikato Law School staff in 1991, and became Chairperson and Professor in 1994.

In 2005 Judge Spiller became the Principal Disputes Referee and served as such until 2010. Since 2009 he has been a Judge of the District Court. In 2014 he was appointed Chairperson of the Immigration and Protection Tribunal.