The Deed, Not the Motive: 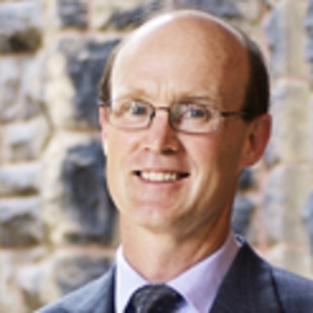 This paper criticizes the conventional view that loyalty lies at the heart of fiduciary law. What matters in fiduciary relationships, I argue, is that fiduciaries fulfill their mandates (e.g. executing trusts, promoting the principal’s business, providing legal services): whether that task is performed loyally is not, and should not be, the law’s concern. Indeed, in most fiduciary relationships the issue of loyalty cannot even arise because it is typically not possible for fiduciaries to act loyally—or disloyally—even if they were inclined to do so. I further argue that the unimportance of loyalty in fiduciary relationships has four implications for the broader understanding of fiduciary law: the no-conflict rule is a prophylactic duty; the no-profit rule is part of the no-conflict rule; disgorgement of profits is a remedy for breach of the no-conflict duty; and fiduciary law is in most cases part of contract law, broadly understood

Stephen Smith is James McGill Professor at the Faculty of Law, McGill University, where he teaches primarily in the fields of private law (common and civil law) and legal theory. A former clerk to the then Chief Justice of the Supreme Court of Canada, Brian Dickson. Professor Smith is a graduate of Queen’s University (BA), the University of Toronto (LLM), and the University of Oxford (DCL). Professor Smith was a Fellow in Law at St. Anne’s College, Oxford from 1991-98 and has been a visiting professor at the Universities of Texas, Tel Aviv, Aix-Marseille, Singapore, and Queensland. His research is mainly in the areas of private law and private law theory. He is the author of Contract Theory (2004, OUP) and co-author of Atiyah’s Introduction to the Law of Contract, 6th ed. (2005, OUP). Professor Smith was the recipient of a Killam Fellowship for 2009-2011; he is currently writing a book on private law remedies.