Who and What Was MRG

Between 1993 and 2009 Professor Richard Bedford led a small Migration Research Group (MRG) which was funded by FRST, and was formed, to further objectives dealing with population movement in research programmes. It was initially based in the Department of Geography, Tourism and Environmental Planning in the School of Social Sciences and later became part of the Population Studies Centre (PSC) in 2007.

The MRG conducted much of the migration-related research in the FRST-funded research programmes led by Professor Ian Pool in the 1990s and early 2000s. It also led the FRST-funded "Strangers in Town" programme which finished in 2010 (see Past MRG Projects link below).

In 2009 the group, as a separate entity in the PSC, was disbanded as part of the transition towards the creation of a National Institute for Demographic and Economic Analysis (NIDEA).

During its 17 year history, the MRG undertook a significant number of projects and generated a sizeable mass of publications. Archival access to these resources is provided here. 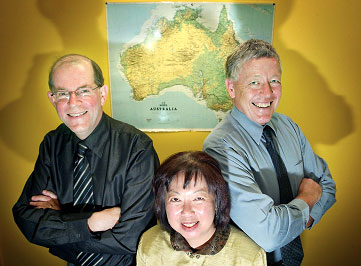