Who and What Was PSC 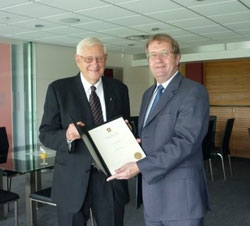 National Institute of Demographic and Economic Analysis (NIDEA) began life as the Population Studies Centre (PSC), which was established in 1982 by then Professor Ian Pool FRSNZ, to facilitate collaboration among University of Waikato researchers, to act as a portal for relations with researchers elsewhere and with stakeholder organisations, and to build research capacity in the field through teaching and training students at all levels.

In 2007, by then under the Directorship of Professor Richard Bedford FRSNZ, the Centre merged with the University of Waikato-based Migration Research Group (MRG) that had been convened by Professor Bedford in 1993. Originally from the Department of Geography, Tourism and Environment Planning, and funded by FRST, the MRG was formed to further objectives dealing with population movement in research programmes.

For most of its existence the PSC operated as a non-budget entity in the Faculty of Arts and Social Sciences, with research activities funded from a variety of sources on a project-by-project basis, and undertaken by a small team of senior staff and alumni. Among its funding sources were several multi-year grants from the Foundation for Research, Science and Technology, the Health Research Council, the Royal Society of New Zealand, and contract funding from policy-focussed government agencies. The Centre was also involved in a wide range of Ministry and community-sponsored research programmes in Hamilton and the Bay of Plenty, as well as providing advice to many Government Departments.

Centre staff typically worked and taught in three broad areas: social demography, population geography and population economics. Associates of the Centre were drawn from a number of disciplines including Demography, Economics, Education, Geography, History, Psychology, Sociology and Statistics. Research on policy matters related to demographic topics included the family and whānau, the labour force, population ageing, population redistribution, fertility and reproductive health in both New Zealand and overseas, mortality, the consequences of international migration and population-development issues at local, regional and national scales, and for sub-populations such as Māori and Pasifika. 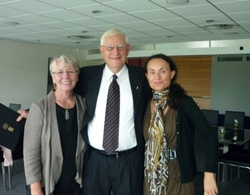 In 2010 PSC was joined by its new Director - Professor Natalie Jackson, who oversaw its transition to NIDEA in November later that year.