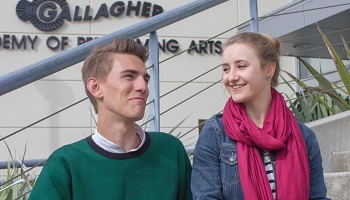 Prizes are available in these subject areas:

The Selwyn Prize in History / Mō te Hirangi i Roto I Te Tari Tumu Kōrero Prize is awarded to a top student at undergraduate level, majoring in History.

The Taylor Prize in History is awarded to the top student at either third year or Honours level, majoring in History, and after due consideration of the student’s academic performance as a whole over the period of study for the degree.

The Kathrine M. Bell Memorial Prize in Geography is awarded annually to the best student of the year, taking third year papers in Geography as a main subject, in a first degree at the University of Waikato.

The Theo Roy Prize in Politics is awarded to the most meritorious student majoring in Politics and Public Policy. The successful student must have completed two years of full-time study.

The Public Policy Prize is awarded to the best student in the paper POLS212-Policy Issues: International Perspectives.

The NZ Business & Parliament Trust Prize is awarded to the top student in either a) a third-year politics student planning to go into further study in this area (taught or research) or b) a student undertaking taught postgraduate papers in the areas of political science, public policy or international relations.