Prizes for the Arts 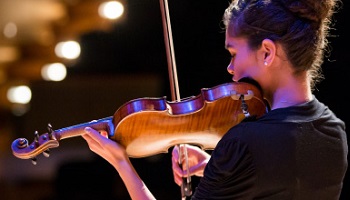 Prizes are available in the following subject areas:

The Arthur Sewell Prize in English is awarded in alternate years for the most outstanding work done during the year in the fields of Shakespeare or Milton Studies.

The Blackwood Paul Memorial Prize is awarded to the most meritorious student enrolled in a New Zealand literature paper.

The Catherine Silverstone Memorial Prize is awarded to the top English student who is completing their undergraduate degree with an English major.

The Doris Henry English Speaking Union Award is awarded annually on the basis of academic merit to a full- or part-time undergraduate student who has completed at least three Level II courses in English.

The Jason Waterman Prize in English

The Jason Waterman Prize in English is awarded annually to the best student, worthy of the award, enrolled in the first year English paper ARTSC110 – Old Worlds - New Worlds.

The Waikato Graduate Women Educational Trust Elizabeth Bisley Memorial Prize in English is awarded annually to a student taking English for the degree of Master of Arts.

The European Union Prize in European Languages is awarded annually to undergraduate students of French or Spanish, studying at any level, who have shown outstanding achievement in their area of studies.

The G.E. Fairburn Prize for Chamber Music Performance will be awarded to a University of Waikato student, or group of students, for the most outstanding chamber music performance at Conservatorium of Music's yearly competition.

The Prize will be awarded annually to the most meritorious DMA student who also contributes to enriching life in the Music Conservatorium. If no suitable candidates are available in any year, the Prize may be awarded to an MMus or BMus(Hons) student.

The John Mansfield Thomson Prize in Music History is awarded annually to the student who has written the most outstanding essay on a music history topic as part of enrolled studies in the Music Department that year.

The Lili Kraus Piano Award is conferred annually to a full-time BMus, BMus(Hons) or MMus student of piano at the University of Waikato who demonstrates outstanding commitment and artistic progress in piano studies.

The Niklas Werner Memorial Prize is awarded annually to a graduate or postgraduate student enrolled (full- or part-time) for outstanding academic work in composition or research in either: interactive music systems, multi-user net based music, sonic art, electroacoustic music and music and technology in the Music Department at the University of Waikato.

The Norah Howell Music Award is presented annually to two gifted students in Music Performance at the University of Waikato, studying at any level, who have excelled during the academic year.