Te Piringa Faculty of Law’s innovative, distinctive and impactful research leads to real change in law, legal practice, legal education, public policy and ideas. A few of our recent projects which have led to real change include:

Professor Barry Barton is a nationally recognised expert on the role that law plays in our use of energy and natural resources. One of the major landmarks in recent law and policy on climate change in New Zealand is the Productivity Commission’s 2018 report, Low-Emissions Economy. It has become the blueprint for policy action in New Zealand, and the Government has agreed with the vast majority of recommendations. Notably, the Commission relied on numerous aspects of Barry’s research in the report, and this work has also been cited in numerous fora including the International Energy Agency, and the Minister of Transport in New Zealand. 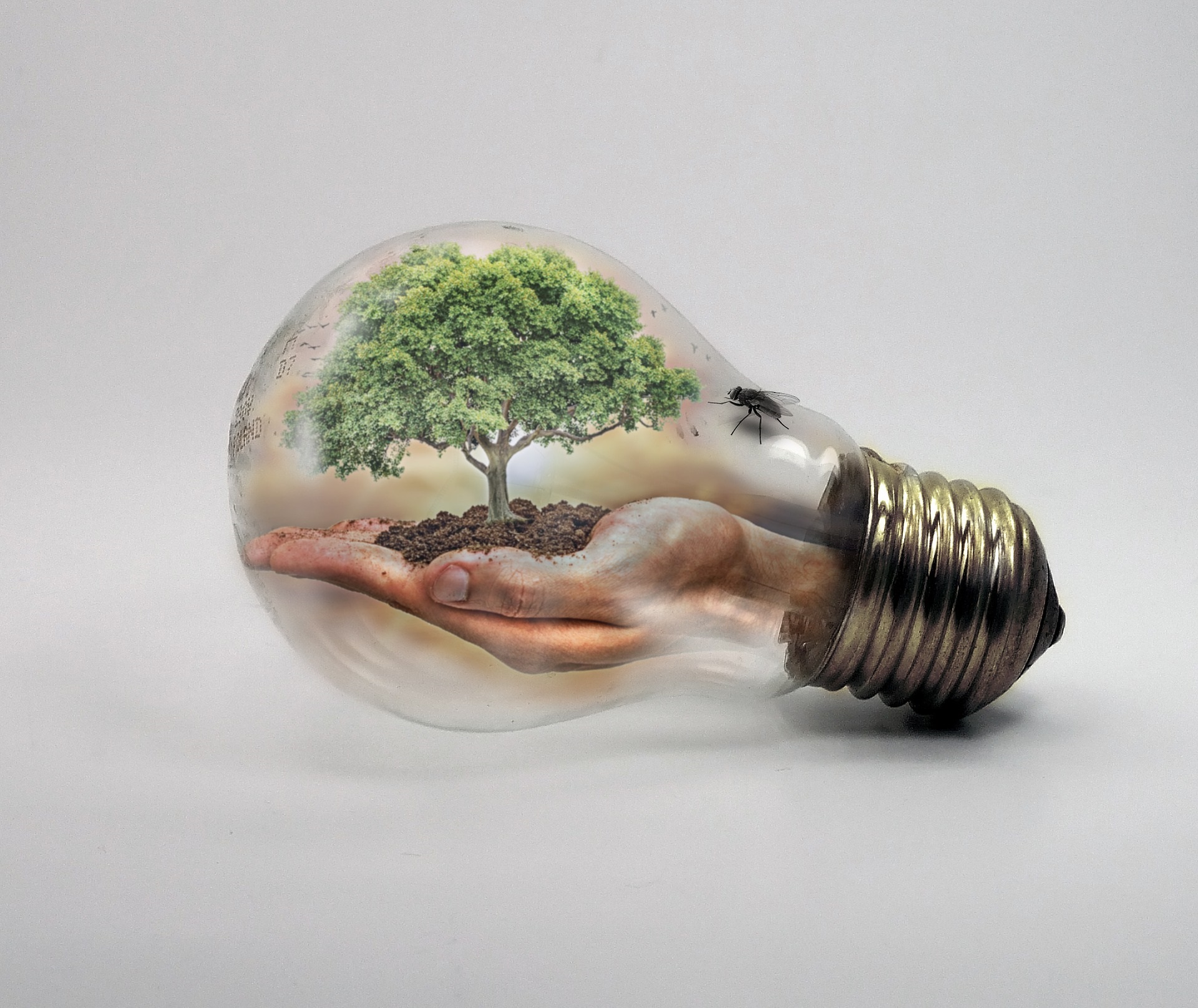 Juliet Chevalier-Watts is a leading law expert on charity, trusts, and religion, publishing nationally and internationally. She has published five books and regularly engages with the media. For a number of years she has also produced annual commissioned reports for the New Zealand Government Department of Internal Affairs – Charities Services (CS).

Juliet’s work for CS has involved analysing registration decisions the CS has made concerning entities seeking legal registered charitable status. During this process, she analysed the consistency and accuracy of the decision-making process from a charity law perspective and where appropriate made recommendations to improve processes. The CS has acknowledged the importance of these reviews, noting that their independence helps ensure integrity and transparency in the registration process, and helps build public confidence in the sector. The reports are important for national policies and policy making within the Department of Internal Affairs, as well as stakeholders and the third sector generally. 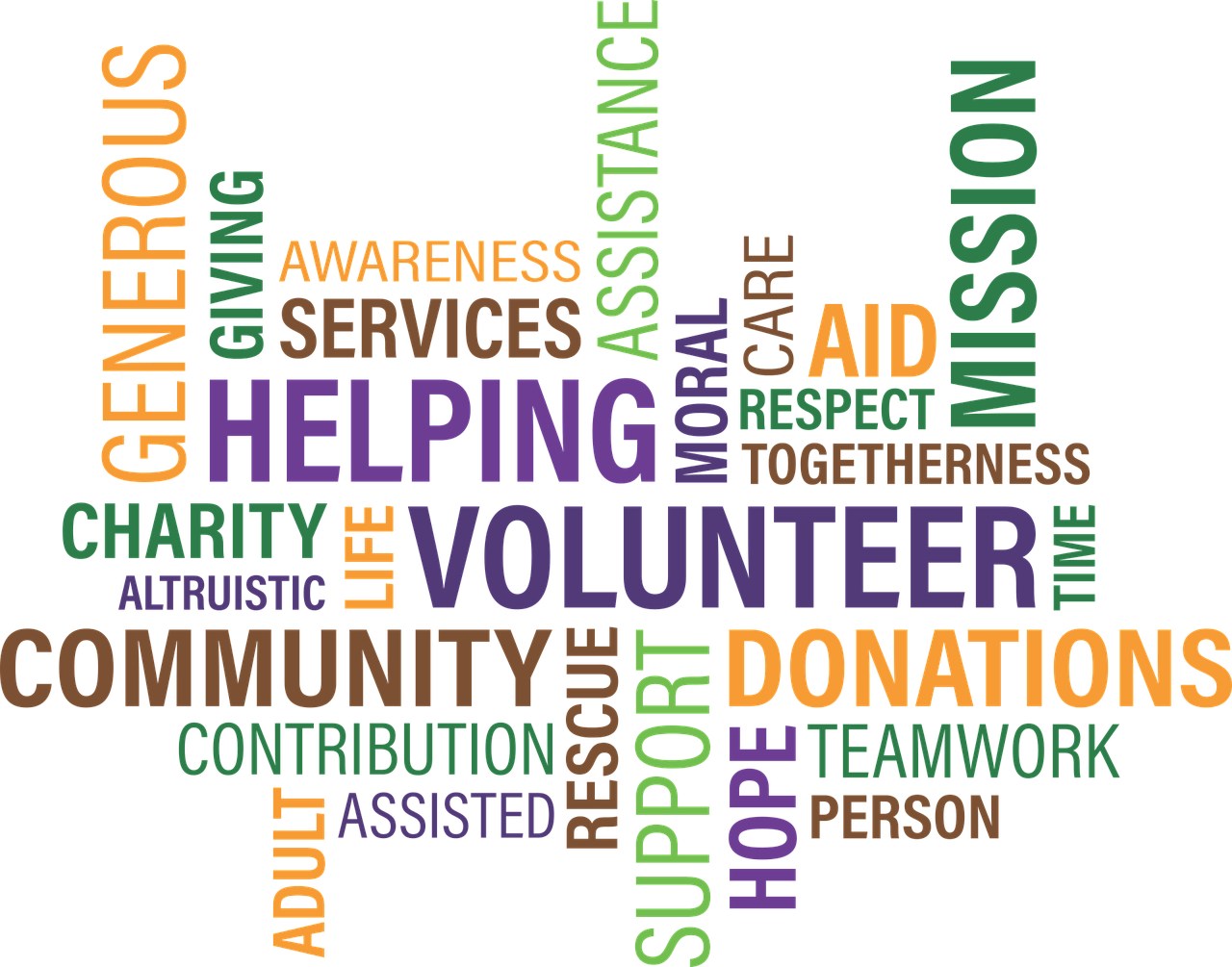 Life and clean water are inseparable. Yet water is becoming increasingly scarce, and ever more people are becoming subject to water-stress. Today, a billion people lack access to safe drinking water and 3.6 billion live in areas with potential water scarcity. A combination of climate change and growing human demand for water resources is straining the global hydrological cycle, leading to warnings that by 2050 an additional half a billion people will be subject to water stress. Given the centrality of water for our health, our dignity and our very existence, it is not surprising that access to water is now acknowledged to be a fundamental human right.

For over a decade Nathan’s research has focused on how to help realise a human right to water for the multitude of communities who regularly experience ‘water poverty’ -encompassing a variety of challenges including insufficient quantities of water, substandard water quality, prohibitively expensive water, and recourse to unsafe water sources. His research has been included in French & Kotze (eds) Research Handbook on Law Governance  and Planetary Boundaries (Edward Elgar), Reuben Steff et al (eds) Emerging Technologies and International Security: Machines, the State and War (Routledge), and Stephen Turner et al (eds) Environmental Rights: The Development of Standards (Cambridge University Press).

There remains a significant disconnect between the high rhetoric of human rights, and the lived reality of millions of people. This has led Nathan to work alongside NGOs in Malawi (Water for People), South Africa and Argentina (Youth with a Mission), and the Gambia (GLOVE Project), and spend time with water-poor communities in order to gain insights into some of the practical, legal and governance impediments to accessing safe water. Nathan has also been invited to present his research to the Gambian government’s Ministry of Fisheries and Water Resources. 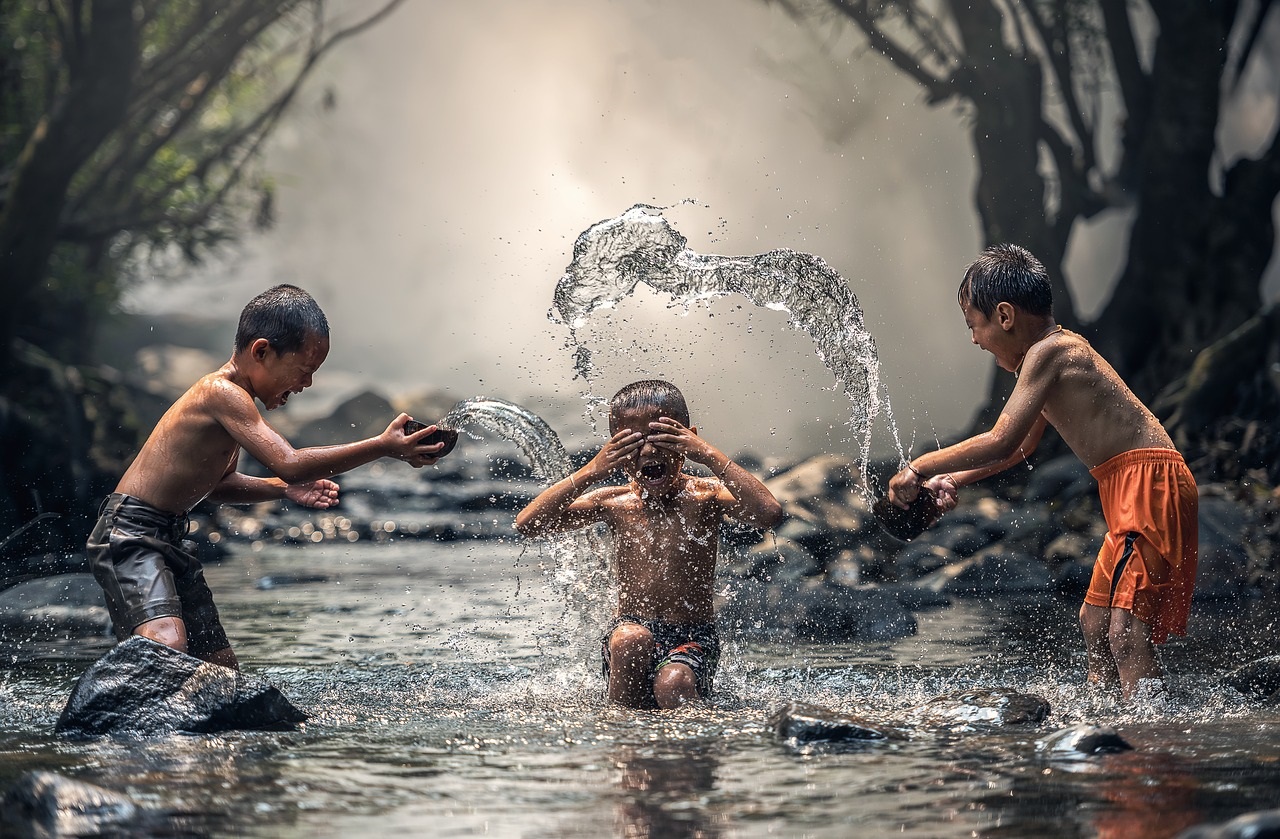 Professor Alexander Gillespie has become a sought-after law and policy commentator on issues ranging from cannabis law reform and foreign policy to gun control and terrorism. He has also provided substantial public comment on New Zealand’s Covid-19 response, something he says he could never have envisaged doing before the pandemic struck. Alexander also makes considerable effort to act as critic and conscience in the foreign policy space, notably in explaining and analysing New Zealand’s relationship with China and place in the Five Eyes intelligence alliance. Well-known across New Zealand’s major media outlets, most of the topics he engages with publicly in his capacity as Law Professor are those which stimulate national debate, and in some instances, like gun regulation, his engagement with decision-makers has helped effect change. Alexander has also been the lawyer/expert on a number of international delegations and advised the New Zealand government on multiple matters of international concern. Alexander was the first New Zealander to be named Rapporteur for the World Heritage Convention, involving international environmental diplomacy under the auspice of UNESCO.  Alexander has also been engaged in policy formation for the United Nations, the Commonwealth Secretariat, and governmental, commercial and non-governmental organisations in New Zealand, Australia, United States, United Kingdom, Ireland and Switzerland. He has also made a number of  appearances before the Waitangi Tribunal and Select Committees of the New Zealand Parliament. Alexander has been awarded a Rotary International Scholarship, a Fulbright Fellowship, a residency at the Rockerfeller Bellagio Centre in Italy, and the New Zealand Law Foundation International Research Fellowship. He was the recipient of a Francqui Foundation award with which he held a professorship at Ghent University, Belgium, for six months during 2018/2019. In 2021 he was the joint winner of the Critic and Conscience of Society Award. Associate Professor Robert Joseph is an internationally renowned expert on Māori and Indigenous laws and governance. Robert is frequently invited to consult for a wide range of international bodies, including the United Nations Permanent Forum on Indigenous Issues, the Harvard Project on American Indian Economic Development, and the International Indigenous Trade and Investment Organisation. Robert was a Fulbright Scholar at the Harvard Kennedy School of Government and the Native Nations Institute at the University of Arizona. Robert is frequently invited to give expert evidence for Ngāti Maniapoto, Ngāti Apakura, Ngāti Ranginui, Ngāti Tūwharetoa, Rangitīkei and other Māori groups, as well as the New Zealand Māori Council at the Waitangi Tribunal. He has also been invited to serve as a founding member of Te Taumata, the Māori committee for the Ministry for Foreign Affairs and Trade, and as an independent external advisor to the 2021 Inquiry into the Waikeria Prison Riot. His research has been cited by the United Nations Human Rights Committee, the High Court and Court of Appeal in New Zealand, theLaw Commission, the Law Society, the Waitangi Tribunal, and various Government Departments, community and private sector stakeholder groups. 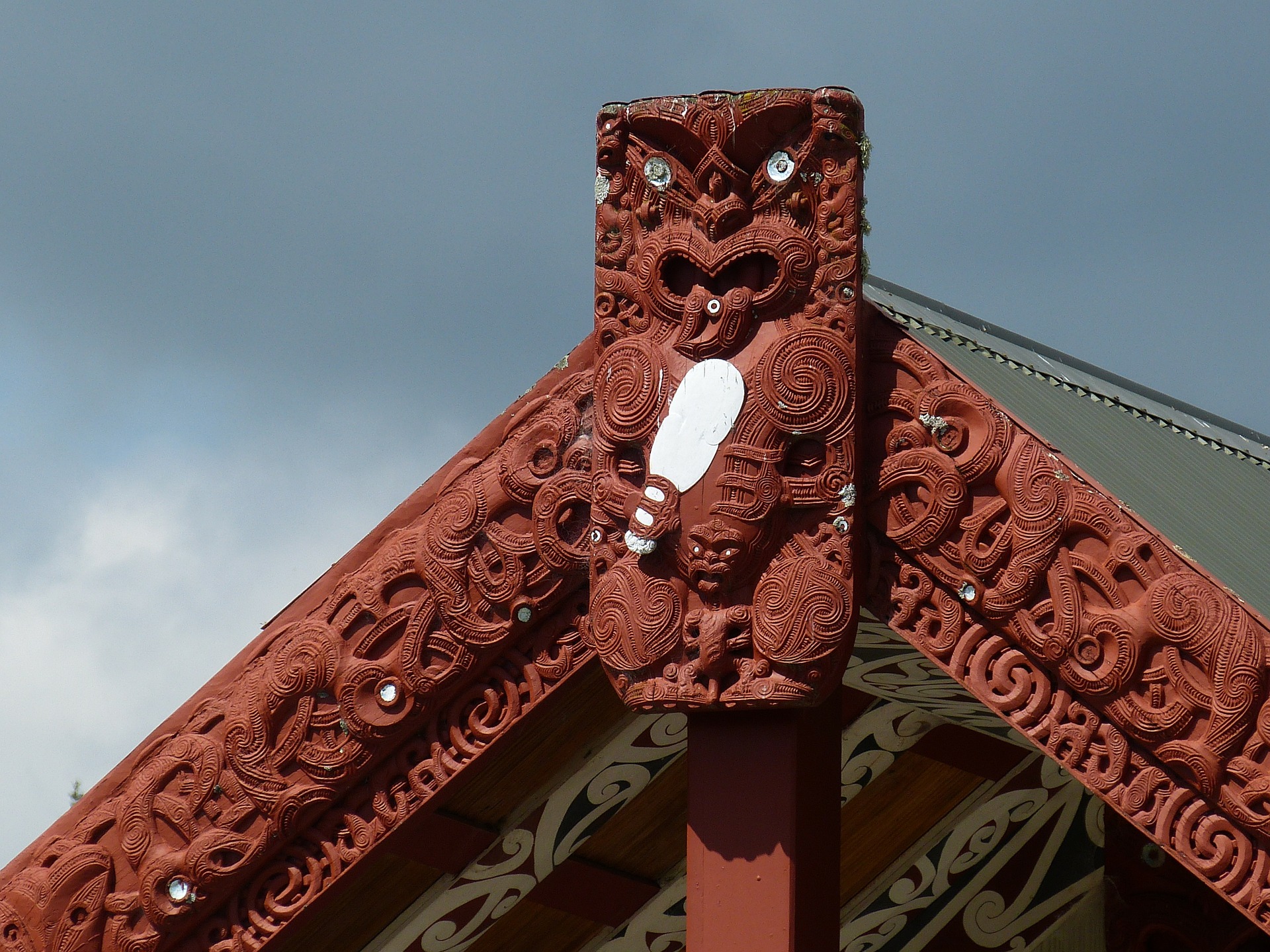 Dr Andelka Philips is a legal expert on the regulation of the personal genomics industry (also known as direct-to-consumer genetic testing or commercial genomics). DNA tests are now available for a wide range of purposes, but as yet the industry lacks harmonised standards and as several of the most prominent companies are using consumer data in ongoing research, these services pose risks to both individual and group privacy. Her book Buying Your Self on the Internet, was published as the first volume in Edinburgh University Press’ Future Law Series. She is regularly invited to present her work in a wide range of fora, including the Office of the New Zealand Privacy Commissioner, the UK’s House of Commons Science and Technology Committee (for their Commercial Genomics Inquiry), The Conversation, and Breakfast radio shows. Andelka has been invited to be a member of the Committee of the Privacy Foundation New Zealand, the Technology in Legal Education New Zealand (TeLENZ) project, and Associate Editor for the Journal of the Royal Society of New Zealand (JRSNZ). Her research has been cited in a wide range of publications, including Time magazine, Fast Company, New Jersey Star Ledger, Marie Claire, North and South (NZ), and Medium. 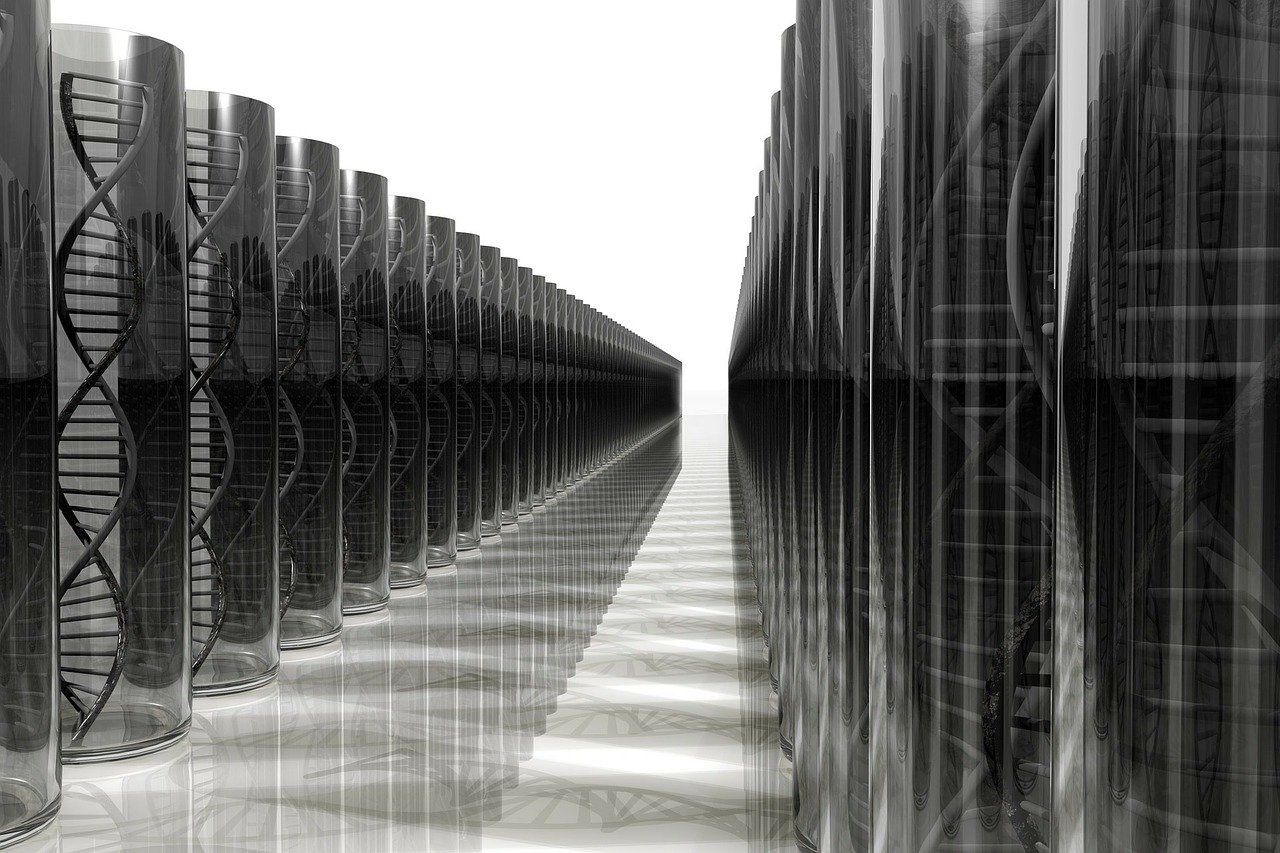 Linda Te Aho is a legal scholar and community leader who has helped to transform the New Zealand legal system through the revival and interweaving of Māori laws and experience.  As an Indigenous scholar, Linda’s research and writing has influenced the development of new legal traditions that increasingly draw upon Māori laws and values for the benefit of all New Zealanders and the lands and waters that we share.  An early publication, He Kete Waiata, has contributed to the restoration and retention of the Māori language and the intergenerational transmission of traditional knowledge. Mātauranga Māori is being increasingly drawn upon in Treaty settlement and resource management processes, and Linda’s research and writing demonstrates valuable insights into the growth of new modes of government in New Zealand in these critical areas.  Recognised internationally and nationally for research and writing about the bold and innovative Waikato River settlement Linda was instrumental in formulating Te Ture Whaimana, the Vision and Strategy for restoring and protecting the health and wellbeing of the Waikato River, a culturally and commercially significant river, for future generations.  In recognition of her expertise and wisdom, Linda has been appointed by Ministers of the Crown to governance positions, and is the elected Chairperson for the executive board of the large and influential tribal organisation, Waikato-Tainui.   Her recent co-edited book, Betsan Martin, Linda Te Aho and Maria Humphries (eds) ResponsAbility Law and Governance for Living Well with the Earth, (Routledge Taylor and Francis Group, London and New York, 2019) has been described as “timely and provocative”.  The boundary breaking book has attracted critical acclaim for asking the difficult question of how to engender responsibility in society and in law to live sustainably and well on our shared planet (Inger Andersen, Director General, IUCN). 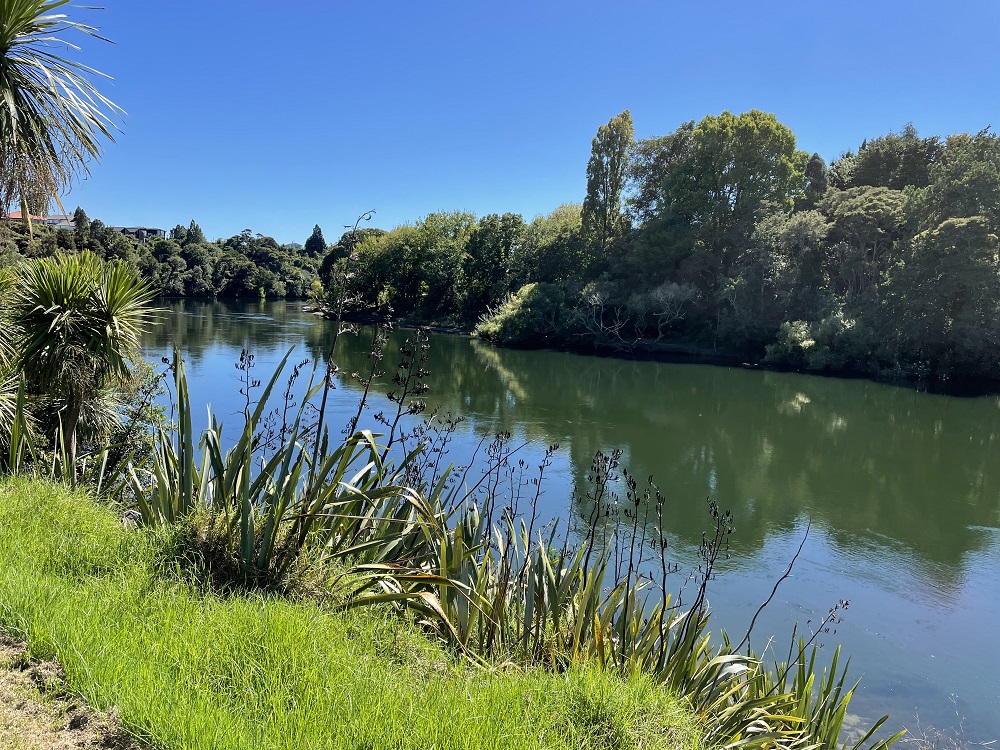 As an Expert Member of the United Nations Permanent Forum on Indigenous Issues, Valmaine has continued to focus her research on the meaningful realisation of fundamental rights for Indigenous peoples. This has included working in key areas of concern – such as criminal justice and climate change, and working internationally with the World Bank, and nationally with the justice system and iwi to assess and determine a more rigorous approach to the realisation of Indigenous rights. The paucity of Indigenous rights within policies and programmes is commonplace. Despite the policies and initiatives within the criminal justice system that seek to address the over-representation of Māori, over the last 40 years the incarceration rates remain largely unchanged: while Māori comprise 15% of the population, 50% of the prison population and 60% of the female prison population are Māori. Valmaine’s research in Indigenous Courts Self-Determination and Criminal Justice and Measuring the success of Te Kooti Rangatahi and Te Kooti Matariki: if recidivism rates are a ‘blunt instrument’ – can the use of tikanga as common law heal our communities intrinsically reducing offending – and should the jurisdiction be extended? has contributed to criminal justice reform. Indigenous peoples, particularly those in the Pacific, are also the most vulnerable to climate change. Valmaine has been funded by the World Bank to review their Climate Investment Programme, and she has produced various reports in this area, including Assessing the potential to expand the Dedicated Grant Mechanism through an Indigenous Lens. 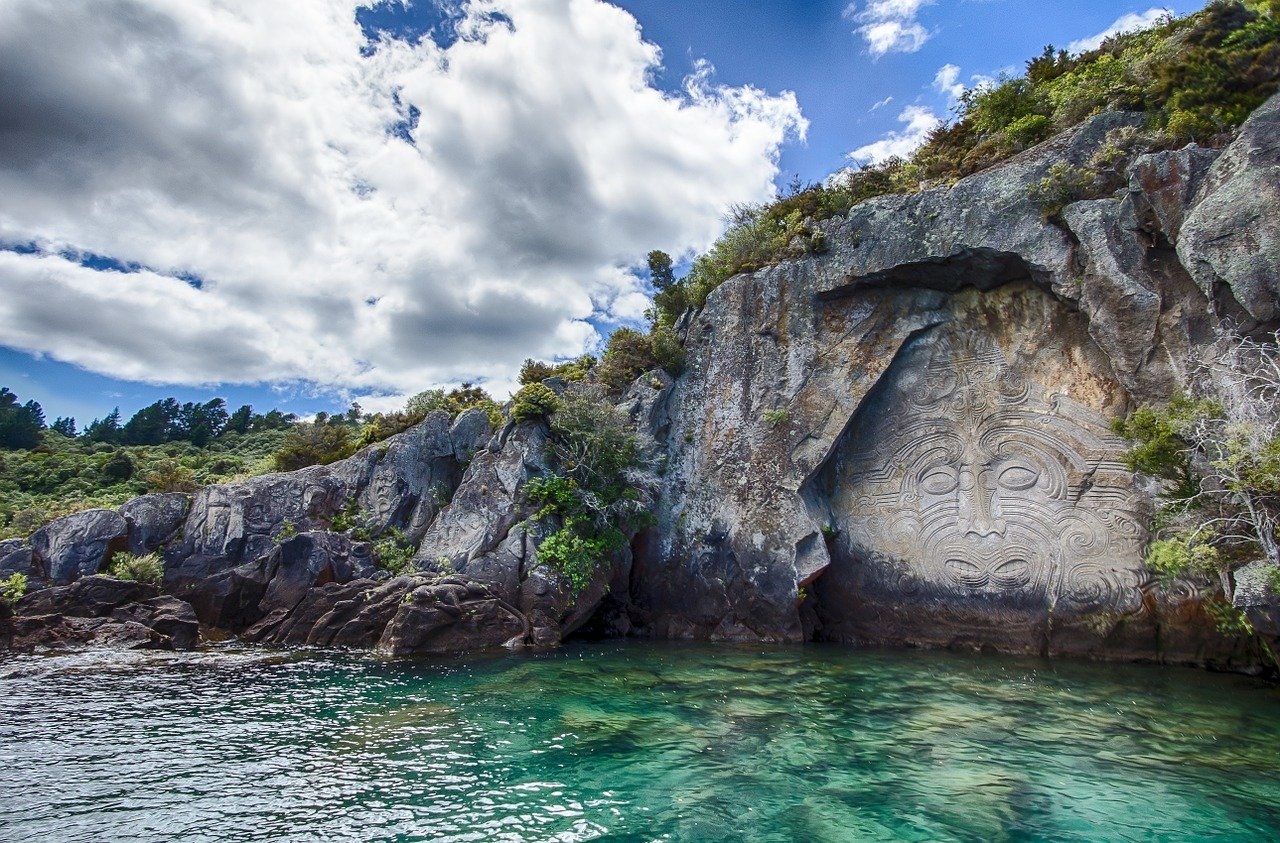 This app has been designed to provide easy access to the most commonly cited sources from the NZ Law Style Guide. Te Piringa Faculty of Law researchers (Alpana Roy, Jennifer Campion, Anna Marie Brennan, Trevor Daya-Winterbottom, and Gay Morgan) have created this app in conjunction with University librarians (Em Pooley and Carolyne Taylor), and researchers in the School of Computing & Mathematical Sciences (Annika Hinze and Nic Vanderschantz). This is the first such law referencing app in the country, and this joint project is an excellent example of research collaboration and impact across the University.

The app can be downloaded from the following links: