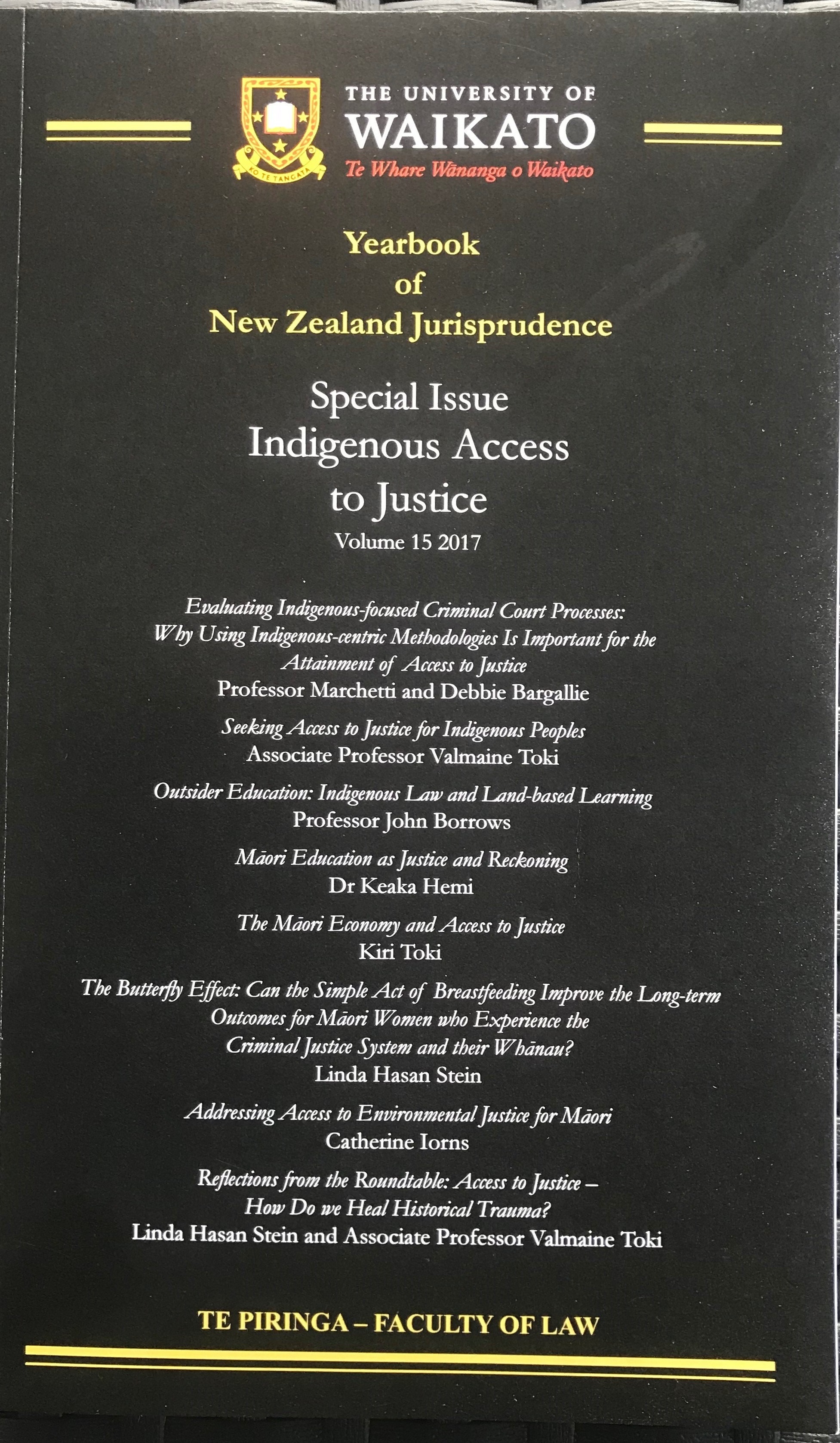 In the introduction to the Special Edition of the YNZJ Professor Hammond notes:

Access to justice for indigenous people raises two broad areas of concern for New Zealand. First, a long-standing concern of socio-legal scholarship generally, but which has had insufficient attention in Aoteoroa, has been to investigate how ordinary people do (and do not) access justice in the regular Courts and Tribunals.

Analysis of legal systems around the world have clearly demonstrated that access to justice today is highly constrained even for ordinary citizens, but even more so for those who might be considered vulnerable... [secondly] the areas of substantive law and its practice which inhibit indigenous persons from achieving their proper recognition and dues..."

This special edition of the YNZJ captures papers from the NZLF funded Access to Justice Roundtable with contributions from international and national scholars including Professor Elena Marchetti, Professor John Borrows and Catherine Iorns together with exciting and emerging scholars including Dr Keaka Hemi, Kiri Toki and Linda Hasan-Stein. The edition covered topics ranging from the criminal justice system, environment, education, health and trauma" - Professor Hammond .